A Thirst For Knowledge

Wheatley is a co-educational, non-denominational private school founded in 1986 by Principal Eda Varalli. A parent and educator, she set out to create an environment that prepared children to assume the role of citizens of tomorrow. Mrs. Varalli chose the Montessori method as the school’s curriculum because it embodies everything she believes good education should be. She believes education should make you a unique individual, not a conformist. It should furnish you with an original spirit with which to tackle the big challenges, and it should allow you to find the values which act as your road map through life. She wanted children to be active in shaping their own lives as they learn, being empowered to develop the best they have within them. Wheatley had to be a place in which students valued themselves, respected one another and loved learning.

Wheatley is named for Miss Evangeline Wheatley, who proved that the thirst for knowledge is a continuous process that stops only at the end of life. An educator and good friend, her keen enquiring mind, her compassion for the uniqueness of people and her philosophy that one is a participator of life, not a spectator, inspired the birth of Wheatley School.

In 1986, Wheatley began with one Casa class of twelve children and twenty-four elementary students in Grades 1 to 4. Growing steadily, it incorporated in 1988 and became a non-profit organization.

In 1991, with the support of a dedicated Board, the School moved to a larger facility. Between 1996 and 1999, three additional classrooms were added to accommodate increased enrollment.

In 2001, Wheatley moved to a beautiful large building on Scott Street. Future plans include developing the grounds and further enhancing the facilities. It’s this vision for the future and progressive approach to education that has made Wheatley one of the top schools in the Niagara region.

Wheatley provided me not only with great knowledge but also with diligent study habits which has made for a smooth transition to high school. 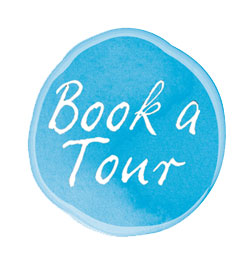